All the Knights but One ?? 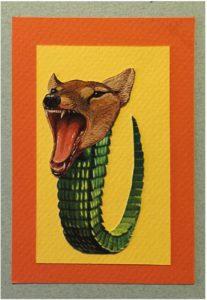 Once upon a time, a king had assembled his finest knights in the great hall of the royal palace and said, Go out into the world, brave lords, and bring me a thing that doesn’t exist.

One by one, the knights filed out of the hall, heads held high, loyal minds full of their king’s desire and their own burning wish to succeed. A poor knight in dingy, dull armour, just barely a knight at all, really, was the last one out the door. He had a ponderous look on his underfed face, although we do not want to suggest that he was any less loyal or less consumed by the wish to please his liege by bringing him the thing that he wanted. Brooding and meditating on the king’s wondrous request, he made his way down and joined his brothers in arms in the courtyard, leaning against a wall and holding his chin, staring in the distance.

The other knights were hurrying to leave the palace. They milled around the courtyard, seemingly busy while actually impatiently waiting for an army of pages and scores of servants to bring horses from stables and weapons from armories. In their enthusiasm, they hesitated not to share their plans with their fellow knights, trusting the chivalrous code of honour to ensure that their strategies would not be imitated by the others.

I will ride for Ireland, said the red knight Pallus, For there live leprechauns and enchantresses and others of the faerie folk that do not exist.

A fine plan! exclaimed all the knights but one.

I, declared the blue knight Sallus, will travel to Africa, where I will find ant-lions and basilisks and sundry creatures that surely cannot be.

A fine plan! cheered all the knights but one.

The yellow knight Mallus raised his sword and cried with courage, I will venture into the lands of the ancient heroes, where I will hunt down for my king centaurs, or the chimaera, or other beasts that Our Lord has never created.

A fine plan! shouted all the knights but one.

Then the green knight Fallus proclaimed above the clamour, I shall set sail to the open seas and slay the Ouroboros or catch a mermaid, as the waters teem with monsters that the scholars assure us do not teem there.

A fine plan! horsely shrilled all the knights but one.

The white knight Allus, the king’s favourite, lay a brotherly hand on the poor knight’s shoulder, touching the dim-grey armour with his brilliant white glove, and asked, And where will you search for the answer to our lord’s request, my friend?

The grey knight didn’t answer immediately but looked as if he was tasting his words before speaking them aloud, and then he whispered, I think I shall search nowhere.

The white knight’s laughter ricocheted through the courtyard, That may be a good place to start, he boomed while he mounted his horse. Good luck, brother, he said, and he rode off through the palace gates, out into the existing world.

One by one the iridescent knights of the king left to pursue their royal assignment, until the grey knight stood alone in the early dusk. His page had finally succeeded in waking and then saddling his ancient horse. The horse was grey as well. Grey and sad.

My lord, said the page, Will you not ride out to find what our king has asked you to find?

No, the grey knight said. Let the horse go back to sleep and go to bed yourself. I think I have solved this riddle the king had given us.

Go now, faithful page, I have business with the king.

The page dragged the horse, unhappy to have been woken up at all, back to the stables. The grey knight ran up the steps to the king’s private quarters.

The king was almost ready to retire, but he received the grey knight nonetheless.

The grey knight bowed, Your grace.

You have returned so soon, my gallant warrior? Have you no wish to bring me what I have asked, like your brothers?

I have this wish, my liege, and more: I have the answer to your command.

Is that so, my loyal servant?

Very well: have you found a thing that does not exist?

The two men looked at each other for a long time. Then the king smiled, Good, he said, and he walked towards the royal bedchamber. Tomorrow, he said, and all days after that, you will sit at my right hand and will rule these lands together with me.

The grey knight bowed again, but the king wasn’t watching him anymore. It was time to go to sleep.