Once upon a time, there wasn’t anyone ?? 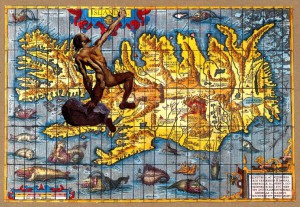 Once upon a time, there was—untouched by clocks or calendars—a room. The room looked like a cube; the distance between the floor and the ceiling was slightly less than the distance between the sides of the room, but that was hardly noticeable. All surfaces were made from cement that would feel grainy if you were to let your hand slide over it. There was no door, there was no window. There was no opening of any kind. Nobody knew how the room had gotten there; nor did anybody know that the room was there, or whether it was there. No human being had ever been there. So we don’t know anything about it, and it would therefore be best not to talk about it. But if anyone were to ever enter the room, it would be exactly as described here. If the room exists. If.